A Gentleman’s Call by Ketel One was a campaign to encourage men across America to regain their long forgotten gentlemanly personalities by showing America what they would do to make the world a better place given if $100K. 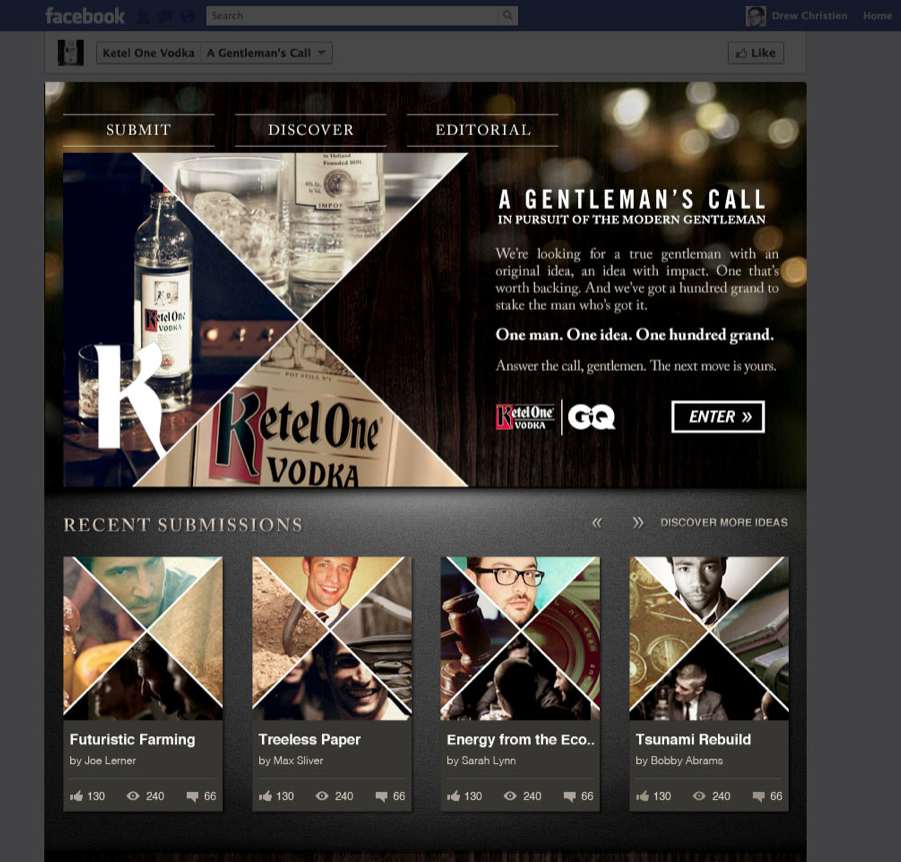 During my time at Grey NY I had the opportunity to executive produce this project. The ask was simple. Encourage gentleman around the US to describe how they make world a better place in order to possibly win $100K. We built an entry tool into a custom Facebook application, which was than whittled down to 5 finalists that would then have a video shot by Vice profiling them. The video was then posted on social and the public was then able to vote on which of the 5 would win the $100K. 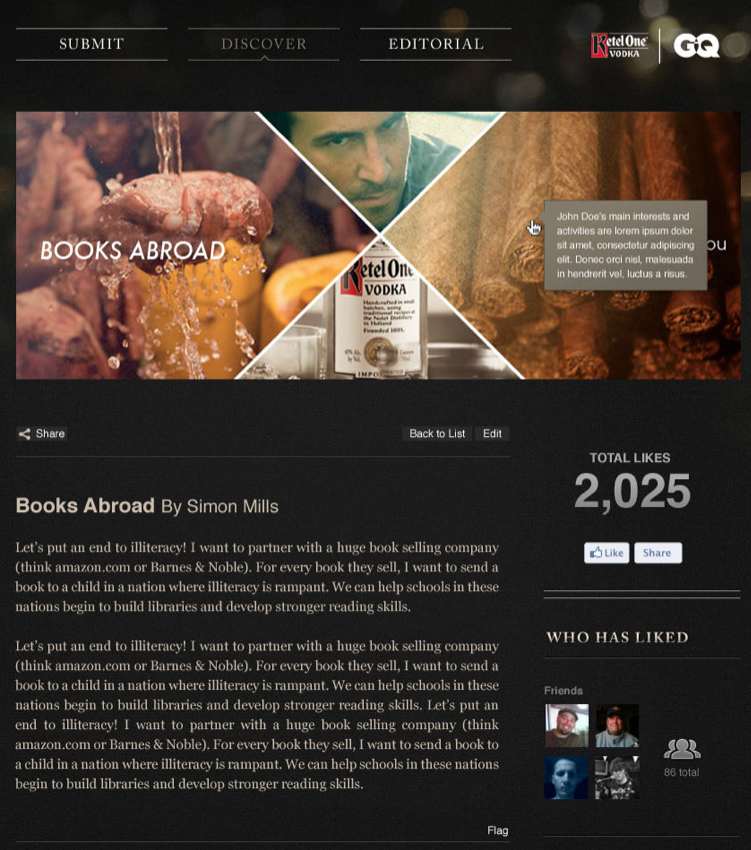 Entrants had the ability to customize the visual direction for their idea, and encourage others to vote them up through Facebook Likes and social mentions. The whole thing was backed by a custom CMS that allows us to moderate in real-time any objectionable content.

Meet the Finalists Video An amalgamation of the 5 different videos.

Winning Video The ultimate winner was Corbin Clay who is the owner of Azure Furniture who makes beetle kill furniture. His products are so great I ending up buying a custom kitchen table from him a few months after he won.

In the end we had 10’s of thousands of well thought out, comprehensive entries. By differentiating our contest from other more normal “Enter To Win” contests we generated a significant amount of earned media which helped tremendously given our limited budget.

Some press mentions include: