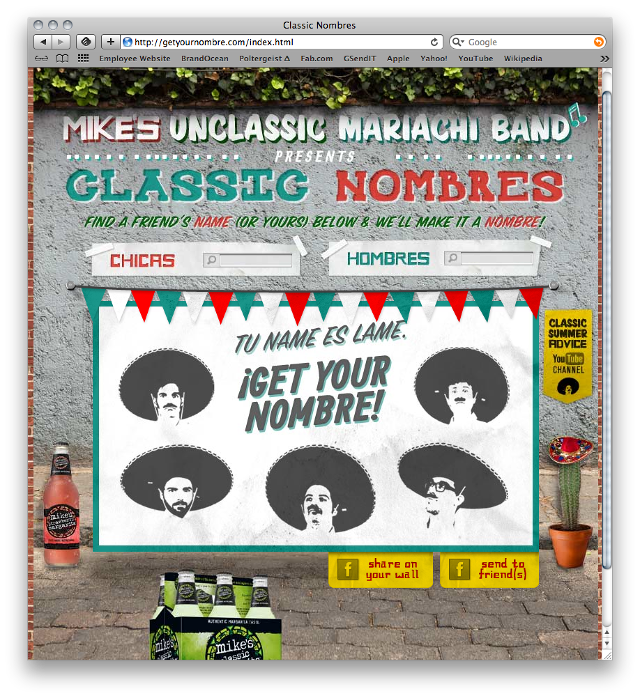 During my time at Grey NY I served as the executive producer focusing on bringing attention to Mike’s Hard as an alternative drink option for millennials by increasing the presence of Mike’s Hard in the social space through a number of really fun social apps including the following.

On Cuatro de Mayo we commissioned a local Brooklyn band, dressed them up as Mariachi characters and have them play songs written in real time by by a team of copywriters that received inspiration from live tweets. 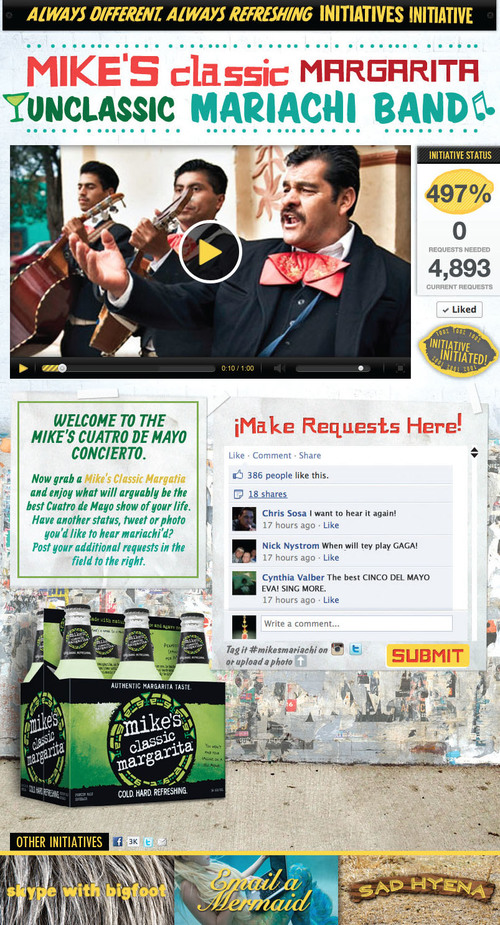 A novel workflow was developed ensuring legal compliance and creative approval before each song was sung. The steps were as follows:

This allowed us to work very smoothly and without drama during the live event. It was a fantastically effective tool that helped allow the campaign to be a breakout success.

Pre-Event Videos Videos like this were produced for customers to add their name and have a video delivered custom for them.

I also led about a dozen other social campaigns throughout the Mike’s Hard selling season. All we just as off the wall as the Mariachi band and generated plenty of buzz and social media conversation around the brand that previously didn’t exist in social.

Bear in a Bikini Sweepstakes

This was a classic sweepstakes where anyone could enter from Mike’s facebook page to have a VIP experience in South Beach for labor day weekend. This was the video produced promoting it on social. 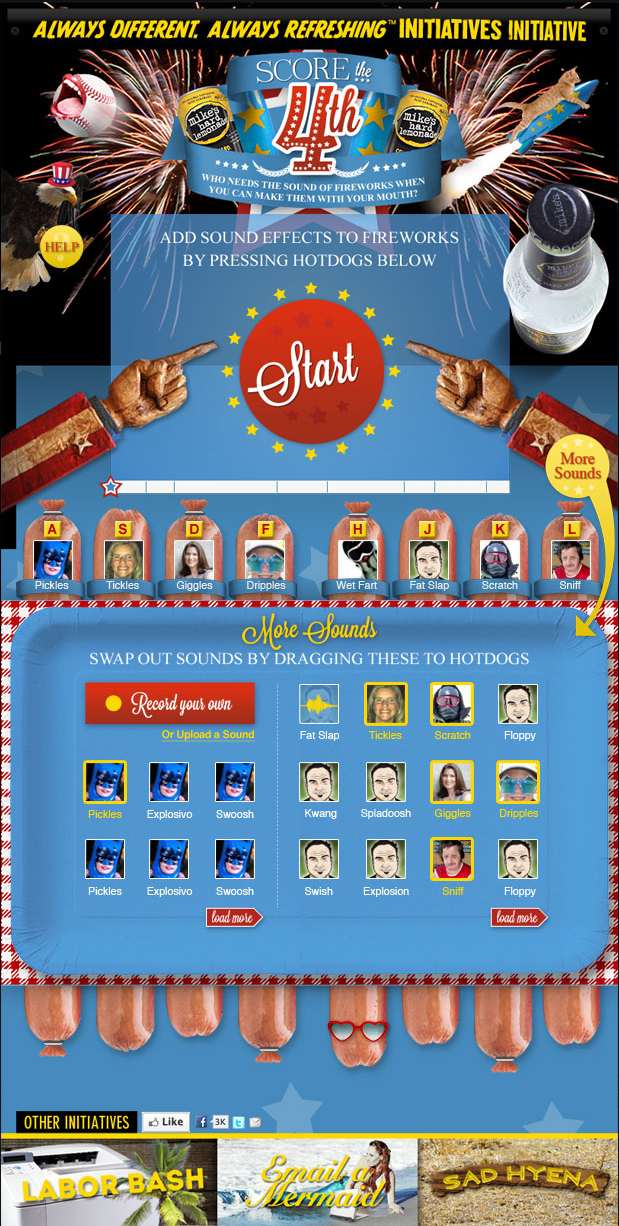